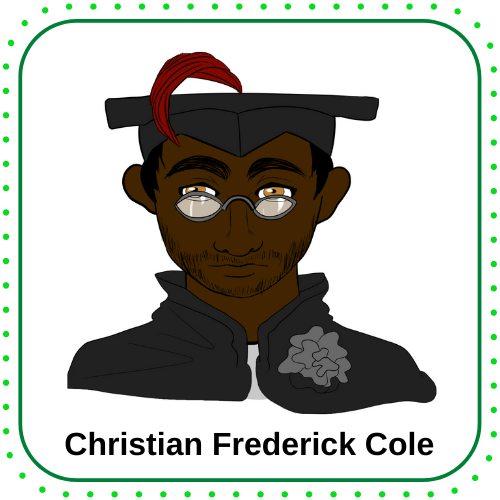 Welcome to the first in our series of articles about the lives of BAME law figures in the past and present. We are starting off with the life of Christian Frederick Cole. Right now, the UK is in a tumultuous period due to Covid-19 and the recent events in America. At Gowing Law Solicitors, we want to provide support to everyone that needs it. The level of help you receive should not depend on the colour of your skin. Instead, all lawyers should be focused on getting their clients the justice that they deserve.

That is why we want to discuss the lives of important BAME figures that have played a role in shaping Britain’s legal history. Without them, we would not have made such great strides in the fight for equality of people of all races, genders, sexualities and ages. We want to use this moment to commend these figures and use them as case studies of human achievement. Anyone has the potential to be “great” if they are given the right opportunities. If they dedicate themselves to a good cause there is a wealth of possibility.

Here at Gowing Law, we want to listen to the experiences of people in the BAME community and amplify their stories to inspire young people in the present day. Anyone can become a lawyer or have a career in law. Hard work and a truly level playing field can give anyone the tools they need to overcome adversity.

That is why we want to start off our article series by looking into the life of Christian Frederick Cole, the first black barrister, all the way back in the 1800’s. This is history and his experiences of the legal system back in the Victorian Era.

Who Was Christian Frederick Cole?

One of the most important things about Christian Frederick Cole (known as “Old King Cole” by his close friends) is that his greatest achievements derive from succeeding in the UK’s biggest scholarly establishments. Whilst this may not seem like a giant achievement nowadays, just imagine what it must have been like back in 1800’s where the majority of graduates would have been young white males. Diversity of opportunity was not exactly a well-known attribute of Britain back in the Victorian period, so to be of West African descent and then to graduate from Oxford University was a massive deal. Although he was not the first African-American to graduate from Oxford, the fact that he was in the first band of people (being encouraged by his role model Reverend Edward Jones) proved these courses should be more accessible to people of different races.

With that said, Christian Frederick Cole was born in Waterloo, in the British colony of Sierra Leone in 1852. His parents, Jacob and May Cole, managed to obtain their son a scholarship in Fourah Bay College. It was there that he was encouraged to apply for Oxford University. Although this may have been seen as an audacious move, Cole managed to pass his “responses”. These included exams in Greek, Latin, arithmetic and algebra. Through these he earned his place at the university.

Let’s take a moment to consider what sort of obstacles Cole faced when he first came to England in 1873. A black man entering university would have immediately flipped the ideology of the time on its head. After all, when he made his appearance in the 1870s, Britain colonialism was still in full swing. There was also the prevailing ideology that black people were intellectually “inferior” to white people. So, to come to the UK and enroll at one of the most prestigious universities for one of the most difficult degrees (classical moderations), he showed how wrong this ideology actually was. Not only was he the first black African to study at the university, he demonstrated clearly the fallacy of the ideology then prevalent in British culture.

Due to his appearance and gentleman-like attitude, Cole attracted a lot of attention to himself. He was an intelligent man, being part of the debating club and often speaking in parish churches and union workhouses about mission work in Sierra Leone. Not only did he achieve honours in his degree, but his essays were commended by Benjamin Jowett of Balliol, a famous translator and eventually the university’s vice-chancellor.

Although he did graduate, this put him into a lot of debt (£200). He eventually had to ask for help from the master of the University College, George Granville Bradley. Bradley asked for aid on his behalf claiming:

“the exceptional nature of Mr Cole deserves and calls for the sympathy of and assistance of those in Oxford in which he lived with so much credit to himself.”

Although Cole’s friends did fight for him to remain in London, Cole was forced to return home. He only came back to the UK in 1879 when his friends in Sierra Leona raised enough money for him. This helped him to pursue a career in law.

Cole became the first black African man to join the Honourable Society of the Inner Temple. This was one of four Inns of Court in London. After four years of work, he was finally called to the bar to be the first African barrister to practice in the British courts. Although he was called to the bar, he was not able to secure any chambers in Britain. Instead, he moved to be a barrister in the consular court of Sayyid Barghash bin Said Al-Busaid in Zanzibar.

It’s important to take a moment to reflect on these important parts of Cole’s history. Yes, he made a breakthrough being the first African man to be allowed to the bar, but the main question is, why was he not able to secure any chambers? Of course, we need to think of the fear of the “other” in Victorian Britain, but perhaps, despite his achievement, there was still that sense of judgement that came from the class system. A black man that had been in debt throughout his education still did not have the power that a white man had. Nowadays, this ideology would never stand in the court system.

It is important to use his story to reflect on how far we have come in terms of equality. One’s successes in law are based on the strength of one’s cases, rather than the colour of one’s skin. However, we still have far to go as an industry and as a society.

Consider this: How far did Britain actually force Cole to change himself as a person? He had always been described as an intellectual who had the respect of his colleagues. A document from 1883 introduced Cole in London Bankruptcy Court as a

“gentleman of colour- of the darkest tint”. He was received by all the other members of the bar with the courtesy which might be expected from English gentlemen. His address to the learned recorder, Sir Thomas Chambers, for mercy towards a young offender against the law, showed an unusual command of ‘the tongue that Shakespeare spoke’, a felicity of expression, good taste and intellectual force.”

Now, this description of Cole seems to be shocked at the prospect that there could be, as they put it, a “gentleman of colour” that could receive such respect, and in turn, speak with intelligence that could battle a legal court case in the UK.  We can see the prevalent racism that ran through Victorian Britain. However there is a side where Cole was respected by others in the law community for his  powerful voice.

The Mould of British Society

Some would say that Cole was forced to change in order to fit the mould of British society. It would make sense as he was looking to have a career in law. Therefore he needed to adapt to embody the mannerisms of a respected lawyer. However, Cole was keen never to let go of his African roots. He was interested in pan-Africanism in Sierra Leon. This was a political movement that advocated for a political union between all inhabitants of the continent. He also battled furiously in Britain against criticism against Africans. This appeared through a poem named Reflections on the Zulu War and a political pamphlet.

It was clear that Cole was incredibly strong-willed and intended to make his voice heard in Victorian Britain. This was not to appear as a “spectacle” but to actually raise serious issues of race, politics and discrimination. Doing this, while carrying the heavy load of expectation and public judgement, he will have been aware of the weight of his actions. Even under this pressure he remained a strong role model for any aspiring lawyer. This is due to Cole always speaking his mind in the finest wit and speech possible.

Why is Cole so important in UK history?

Christian Frederick Cole smashed through the barriers of race as the first Black barrister in the UK. This is why he serves as an important reminder of how far we have come. Of course, UK society does not have the same racial barriers as we did back in the 1800s. Sadly, Cole died at age 33 due to Smallpox. This leaves us to wonder, with more opportunities in his life, would he have achieved even more than he did? We will never know.

Think about this statement in relation to the lives of young black lawyers and barristers today. Cole has paved the way for them to achieve their dreams at some of the biggest universities in the UK. But how many are being held back by socio-economic circumstances? If we all received the same opportunities, perhaps we would have more BAME figures in the legal system. We do not have this idyllic platform. It shows that it is more important than ever that we offer support for people in the legal system.

Being a lawyer is all about obtaining justice for those who are vulnerable. Those in the BAME community deserve the opportunity to pursue the same values and dreams as Cole had. That way we can take another step forward in the name of equality.

If you enjoyed reading this article about Christian Frederick Cole, read our other blogs in this series. We want to celebrate BAME achievements and show how they have shaped Britain into what it is today. Tomorrow we are going to talk about Cornelia Sorabji. She was the first BAME woman to qualify as a law graduate from Oxford University. Sorabji moved forward and became a legal professional in both Britain and India.

You may also be interested in learning more about the work we do to support BAME youth through football! Have a look at our “Together in Football” campaign for more information and to register your support.

At Gowing Law, we always put our clients first, this means that we have a great relationship with our Clients and they rate us very highly. See our statistics below!

Would recommend us to
family or friends

Won every day for our
happy clients

Would use us
in future

Starting your claim is easy!

We'll call you back

Gowing Law are a professional law firm that specialises in the personal injury sector of the industry. Gowing Law are Authorised and regulated by the Solicitors Regulation Authority (SRA).

Gowing Law are trusted by the people who they have helped in sucuring the compensation they deserve, with fantastic reviews across all review sites including Trustpilot & Google Reviews.