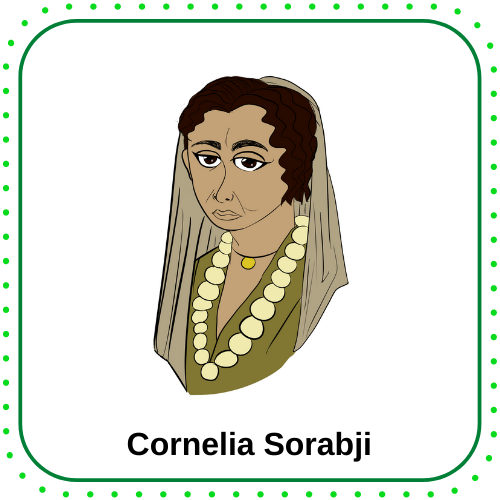 When we think about BAME figures in the field of law, it is important that we look into the experiences of all genders. Although BAME men struggled to find their place in the UK’s judicial system, women had an even tougher job. Think about it this way. In the past, racial intolerance was prevalent through all walks of British culture. Racial tension was in the arts, science, politics and, especially, in the justice system.

However, for women there was the additional discrimination factor of gender. Nowadays, we know that this sort of treatment should not be allowed in any sort of career. For this we can look at the recent news about pregnant women being unfairly furloughed or simply not being paid at all! The government has stated that this sort of treatment is “completely unacceptable.” But back in the Victorian era, it was a constant fact of life.

This brings us to the latest focus of our series “celebrating BAME voices & their contribution to the field of law”. Today we are going to talk about the life and impact of Cornelia Sorabji. She was the first woman to get a degree in India and the UK. We will look at her life, the challenges that she has faced and why she is still an important BAME role model for any young woman interested in involving themselves in the world of law.

Who was Cornelia Sorabji?

Although Cornelia Sorabji was never officially called to the bar, she was known as England’s first female barrister. Not only that but she was the first female graduate of an Indian University (Bombay University). This meant that she was the first woman to practice law in both India and the UK. However, it was not until the sex disqualification (removal) act came into play that she was actually awarded her law degree. This was almost 30 years after she sat her exams in the first place!

Throughout her life, Cornelia Sorabji faced discrimination and adversity for nearly every single project she set herself on. She was an intelligent woman with parents that believed in her right to have an education. Her father was an extremely open-minded reverend (Reverend Sorbji Karsedji). Her mother (Francina Ford) was adopted by a wealthy British couple. She helped local women learn about their inheritance and property rights.

It is thanks to both these parents that Bombay University opened its doors to her. She graduated with extremely high marks, endeavouring to enrol in Deccan college with the help of a government scholarship to study in England. However, this was denied to her due to her gender.

In order to get over this hurdle, Cornelia Sorbji wrote to the National Indian Association in 1888. She received support from influential figures, like Mary Hobhouse, Florence Nightingale and Sir William Wedderburn. These figures all contributed to her funds and wrote petitions to Oxford University to accept her as a student. Due to this help she was able to study a postgraduate degree in law at Oxford in 1892. She even became a reader at Oxford’s Codrington Library.

Cornelia Sorabji was not awarded this degree. However she did return to India in 1894 to involve herself in social and advisory law. This was mostly on behalf of “purdahnashins”, women who were segregated from the male world, and orphans. Her clients often owned their own property but did not have the legal experience, or rights, to defend it. This is why Sorabji would often enter their pleas on their behalf in front of British legal agents.

One of the main problems that came with Sorabji’s qualifications in India is that she could not use them properly. She was still treated as “only a woman”. Therefore she had no legal agency or professional standing within the Indian legal system. That is why she decided to undertake a LLB (Latin Legum Baccalaure) examination in Bombay University. She also took a pleader’s examination in the Allahabad High Court. Although she was able to pass both examinations, she was not formally recognised as a barrister until 1923. Instead, she became a “lady assistant” to the court of wards in Began, Bihar, Orissa and Assam.

It is through this work that she was able to help around 600 women and orphans in the legal sphere. Sometimes she did this without charging them anything. Sorabji was a very powerful woman and always spoke her mind. She clearly had a strong sense of justice and knew how to speak for vulnerable people. Overcoming a wide range of obstacles clearly gave her the confidence to continue with her work. Her attitudes were shaped by her experiences with both British and Indian society .

Eventually, she did end up settling in England after she retired in 1929. Sorabji died in her home in Finsbury Park in 1954. By then she had finally received her degrees and was a fully legally qualified barrister.

The strength of a voice

As we think about the lives of BAME figures in law, we should consider what changed them to fit their “sphere” of work.

Sorabji was already at a huge disadvantage to her peers due to her gender. Throughout her life, she was strong and outspoken. However her talents were only truly taken seriously when a white social figure vouched for her abilities. This is what makes her life a little tragic. Despite her amount of strength, she found that she was not taken seriously by UK law officials. Higher authorities only listened when there was someone tey viewed as an “equal” to convince them. This experience may well have inspired her to provide justice to those who were victimized for their gender and status. They could not speak, so she decided to speak for them.

The duality of legalities in India and England.

The main question is, how much did British culture actually influence Cornelia Sorabji? Clearly at the start of her career, Sorabji stuck true to her own principles. According to Helen Rappaport, she had no desire to see

“the wholesale imposition of a British legal system on Indian society any more than she sought the transplantation of other Western values.“

Although she battled fiercely against these oppressive systems, she did try to promote culture reform. However, as she grew older she started to adopt anti-nationalist positions. This was mostly seen in the 1920s. She claimed that it was essential that Britain was in India. This was to prevent toxic values from old national beliefs from getting worse. This did hurt her campaign for justice, including her social reforms. These included her plans for the “league for Infant Welfare, Maternity, and District Nursing.”

If we think carefully about this change, clearly it was due to her experiences in both England and India. Perhaps the feeling of hitting a patriarchal barrier time and time again slowly began to wear on her? The UK did have its faults. However, compared to the adversity of the Indian legal system, perhaps Sorabji only felt like an equal in the UK. She adapted to fit her environment. Eventually, she used her experiences to push to change parts of the culture around her that she found toxic. That way the most vulnerable could eventually have a voice.

As a champion of woman’s suffrage in both England and India, Sorabji stands as a strong feminist icon. Despite gaining many qualifications, people did not see her as an experienced barrister even after years of work. This was discrimination in its purest form. But she still continued to provide justice to women in Indian.

In terms of her own achievements, in 1909, she received the Kaisar-i-Hind Medal. This was to thank her for her efforts to reform legalities against women.  It included her orthodox Hindu stances on child marriage and widows. This is why it is sad that UK history has hid her away. Her visibility is a clear sign that young BAME women have so much potential. They need to receive the right support. These opportunities opportunities can help them forward with their lives.

Most of all, Sorabji provides the precedent for female lawyers studying in the UK. No matter the colour of a woman’s skin, she can achieve great things if given the right opportunities.

What can we learn from Cornelia Sorabji?

Sorabji’s tale shows a moral lesson. Even the most intelligent of people are put down if legal structures fail to support them in their ambitions. White allies are imperative to help push forward unheard voices. These voices have the potential to do great thing if given the proper tools.

Our society has progressed forward with the rights of women and different ethnic groups. However we still have a long way to go before we are all considered to be ”truly equal”. No doubt, If Cornelia Sorabji was born into this time period, she would have gone even further in her career.

Either way, her impact played a crucial role in speaking for the oppressed.  We will never forget her voice.

We are all equal under the eyes of the law

Here at Gowing Law Solicitors, we think it is crucial to support the BAME community and their calls for equality. We support all of our employees! They would always be willing to help anyone who was truly in need of justice. That is why it is important to bring light to the stories of BAME figures in UK legal history. That way we can applaud their accomplishments.

Join us for our next celebration of BAME legal figures in our next blog. This will be about the life of Tunji Sowande, the first Black Judge in the UK. Don’t forget to look at our previous blog about Christian Frederick Cole, the first black UK barrister.

At Gowing Law, we always put our clients first, this means that we have a great relationship with our Clients and they rate us very highly. See our statistics below!

Would recommend us to
family or friends

Won every day for our
happy clients

Would use us
in future

Starting your claim is easy!

We'll call you back

Gowing Law are a professional law firm that specialises in the personal injury sector of the industry. Gowing Law are Authorised and regulated by the Solicitors Regulation Authority (SRA).

Gowing Law are trusted by the people who they have helped in sucuring the compensation they deserve, with fantastic reviews across all review sites including Trustpilot & Google Reviews.