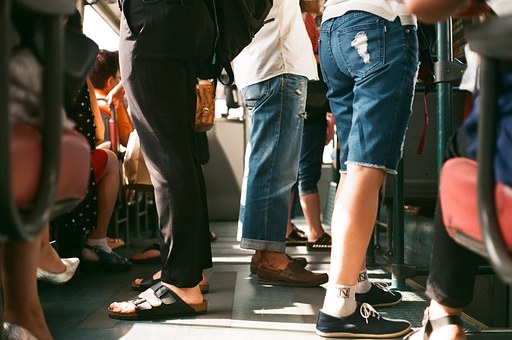 Have you been injured as a passenger on Public Transport?

As a customer travelling on public transport you are trusting the driver of the vehicle with your safety. There are a number of health and safety rules in place on public transport to ensure the safety and well-being of all passengers, however unfortunately accidents do still occur. Here’s a few examples of accidents that can cause injuries on the most commonly used modes of public transport.

The chances of being injured if involved in an accident on a bus are higher as it is not a legal requirement for them to have seatbelts for passengers. As buses are on the road they can easily be involved in collisions with other vehicles which can jolt passengers out of their seats, causing injuries.

You can be injured on a bus as a result of an accident not involving a collision with another vehicle, such as if the bus driver brakes suddenly or is driving recklessly as these actions can cause passengers to be thrown from their seats or fall over if they are standing or have not yet reached their seat after getting on the bus.

If you’ve been involved in an accident on a bus be sure to let the bus driver know you have been injured. Make sure to obtain the registration of the bus you were travelling on as well as the registrations of any other vehicles involved if possible. Make a note of the bus number and if possible the location of the accident. We do also ask that you keep hold of the bus ticket or bus pass used on the journey when the accident occurred.

Accidents on trains are less common but do still happen, these can be as a result of hazards on the trains or crashes caused by debris on the tracks or a drivers error. It is important that potential hazards are all clearly signposted for people to see such as if there is a big step down from the train to the platform and making sure people can clearly see restrictions of the platform of where is and isn’t safe to stand. Injuries can happen on trains due to technical faults such as emergency breaks activating or faulty doors trapping people in them. Defective or damaged components on trains can also cause injury such as sharp protruding objects or damaged seats.

If you’ve been injured make sure a formal report is made in the accident book, there should be one in every train station. If injured on a train be sure to make a note of which train you were traveling on, where you got on it at which time and where it was going, as well as the rail company. Also be sure to take photos if injuries were as a result of defective components.

Make sure that the driver is aware you have been injured, take note of the registration of the vehicle you are in as well as the driver number, name and taxi company. Try to make a note of the accident location and if possible take photos as evidence. If the accident was the fault of another vehicle try to obtain their registration and driver name.

If you’ve been injured in an accident travelling on public transport in the last 3 years, call our team at Gowing Law today on 0161 464 4444! 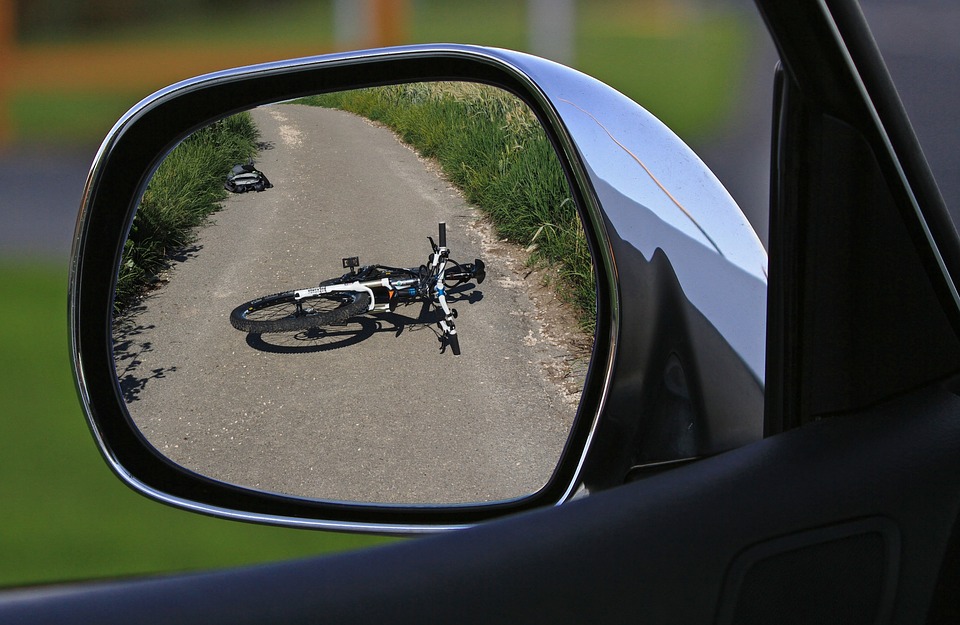 The roads can be very dangerous for cyclists, unfortunately accidents occur involving cyclists and motorists on a regular basis, some of these accidents can result in serious injuries for the rider as well as irrepairable damage to the bike. Although most cyclists know the rules of the road they may not know what to do if involved in a road traffic accident, especially if they don’t drive.

We have put together a guide to inform cyclists what to do in the event of a road traffic accident. 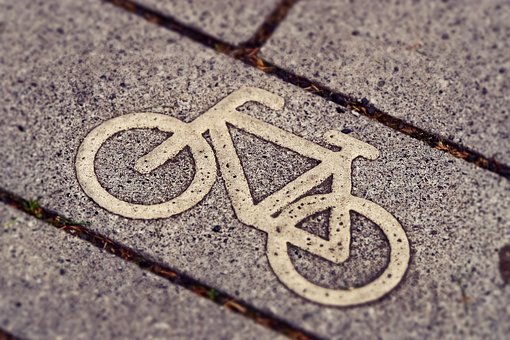 Cyclists should wear a correctly fitting helmet to minimise the risk of a serious head injury if they come off their bike. Wearing light coloured or fluorescent clothing can make it easier to be seen by other road users in both the dark and daylight.

At night cyclists MUST have red rear lights and white front lights lit as well as a red rear reflector and amber pedal reflectors. As well as using reflectors to be seen cyclists can use lights on their bikes, although if cycling in an area with no street lights it is recommended that a steady front lamp is used rather than a flashing light, as not to dazzle other road users.

There is often a lot of confusion around the subject of whether cyclists are permitted to cycle on pavements or not. According to section 64 of The Highway Code “According to Laws HA 1835 section 72 & RSA 1984, section 129, cyclists must not cycle on the pavement“.

If a cyclist is deemed to be under the influence of drugs or alcohol to the extent where they are incapable of having proper control of their bike they can be given a fine of up to £1000 if they are cycling on a road or other public place. 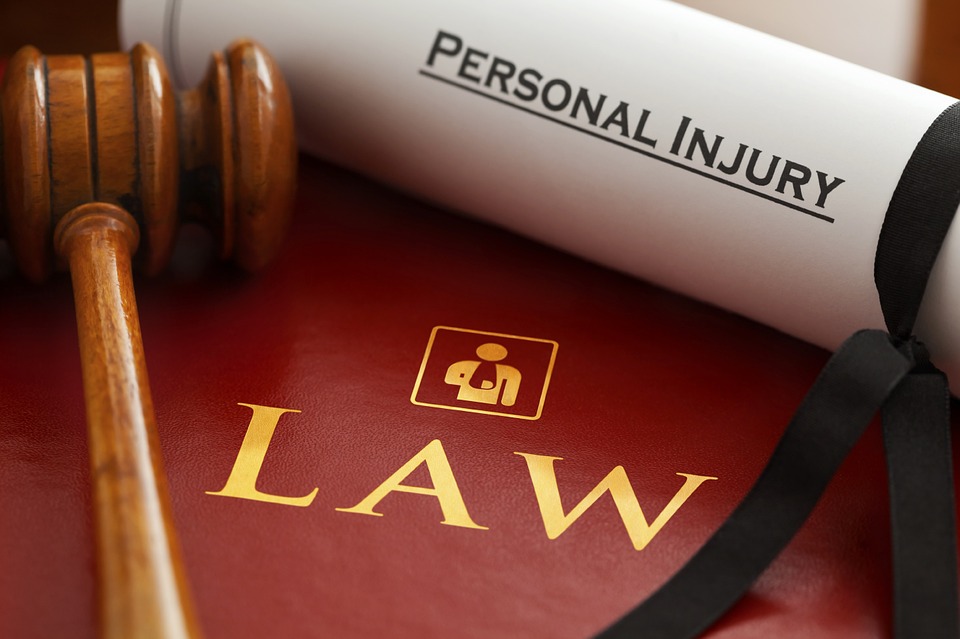 What are the consequences of making a fraudulent claim for personal injury?

A fraudulent claim is recognised as when the person making a claim intentionally leaves out, mispresents, alters or hides vital information relating to the claim. This is with the intention of receiving payment under the policy that they would not be otherwise entitled to.

There are 2 types of fraudulent personal injury claims

Insurance fraud can be recognised as two different categories, Soft Fraud and Hard Fraud. Soft fraud or “opportunity fraud” is the most common type of fraud committed, an example of this is when the individual claiming “fakes” or exaggerates their injuries sustained from the accident they were involved in. Hard fraud or “premeditated fraud” is when the individual claiming has deliberately been involved in an incident, an example of this is “crash for cash” claims where the claimant has intentionally caused another party to collide with their vehicle.

Consequences of making a fraudulent claim based on the type

Soft fraud usually stems from a sincere claim, where the claimant has been involved in a genuine non-fault accident and is feeling some discomfort or minor injury, however they may exaggerate the amount of pain or discomfort they are in as a bid to be awarded a higher amount of compensation. If it is believed that the claimant is attempting to make a soft fraudulent claim the solicitors or insurance company can review the case and involve the police as well as share the claimants’ details with other insurance companies or solicitors firms to alert them that they may contact their business to commit fraud in the future. They may also pass the claimants details onto fraud prevention database, Cifas, once on this database it can be extremely difficult for the individual to get insurance or have access to other financial services.

Hard fraud is when the claimant has planned on making a claim for personal injury and therefore has prearranged an “accident” to occur. Staged accidents are a huge part of organised crime and are often referred to as “Crash for Cash” claims. There is a harsher punishment for these kind of claims as there are innocent people at risk of genuine injuries. If an individual is found to have committed hard fraud when making a personal injury claim they can be sentenced to up to 3 years in prison.

Courts have begun to take a much tougher approach on insurance fraud as an attempt to discourage the behaviour, as stated in the featured article below, “Insurance fraud is not a victimless crime, it affects all motorists through higher premiums and staged accidents can put other road users at risk of serious injury or even death.”

Read the full article in the Insurance Times here: http://ow.ly/7C3u50uNk4p

Look out for our next blog post to read more about Crash for Cash claims and what to do if you think you have been a victim of one of these scams! 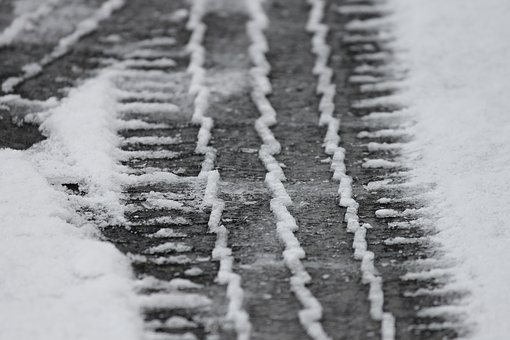 As the winter conditions worsen we all need to be careful on the roads.

Here are a few tips to help you prepare for driving in icy conditions:

Firstly, think about whether your journey is really necessary.

Tyre grip is hugely reduced on icy roads, and braking distances are much longer.

Even if you avoid an accident, your car may get stuck – potentially leading to a long walk home.

Traffic congestion is likely to be worse too, if you don’t get stuck, the driver in front of you probably will…

Before you leave home, make sure you pack a charged mobile phone (and a charger cable), a bottle of water, a few snacks and a warm blanket. If snowfall looks likely, a set of snow socks – high-grip fabric covers fitted over the car’s driven wheels – is worth having, too.

If you’re driving to meet someone, let them know your route and when you expect to arrive. Make sure the car’s windows and mirrors are completely clear before you set off and in cars with various drive modes, select the best option for cold conditions.

Don’t forget to check available weather reports for you journey.

Have you had an accident due to icy conditions? Has this affected you ability to drive? You may be able to claim for the physical strain this has caused you.

At Gowing Law Solicitors our goal is to handle your case quickly and efficiently, so you can get the funds you need to rebuild your life. Fill out the contact form and we’ll contact you shortly to set up a consultation. You can also call us at 0161 808 8888 to talk to one of the Team today.

Start your Claim
This site uses cookies: Find out more.